Anytime a user wants to access a large percent of table rows the query optimizer might use an access method known as a scan. Here's an example of query satisfied with a scan : 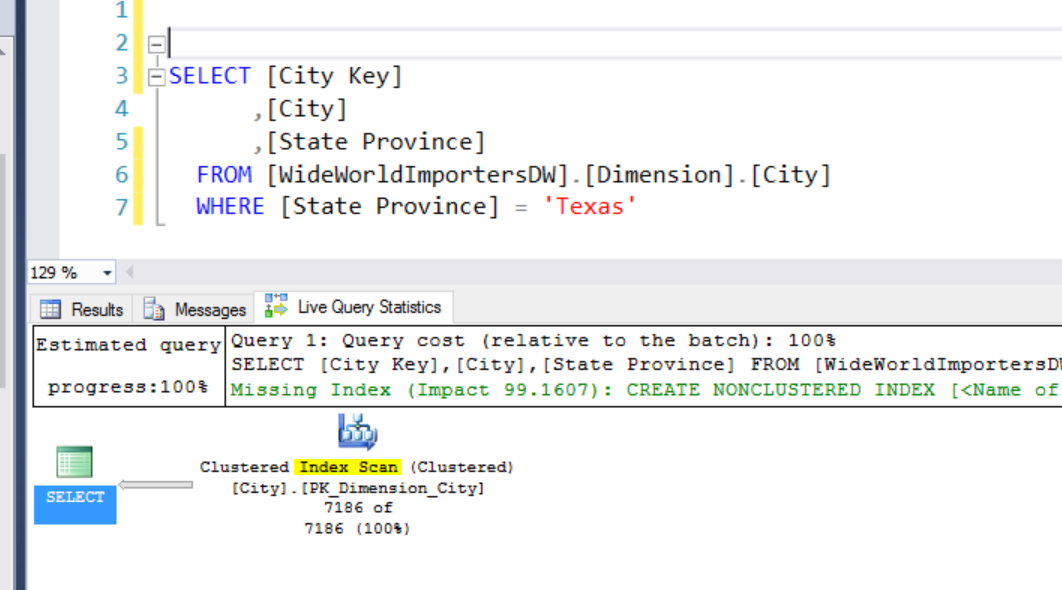 Prior to running this query I added an index to the state column as to illustrate when the optimizer might chose a seek over a scan.

Aside - If the query was in production I would consider covering by adding the required columns in an INCLUDE clause, however it would change the dynamic of this demo.

Let's see when we look at cities in Hawaii instead: 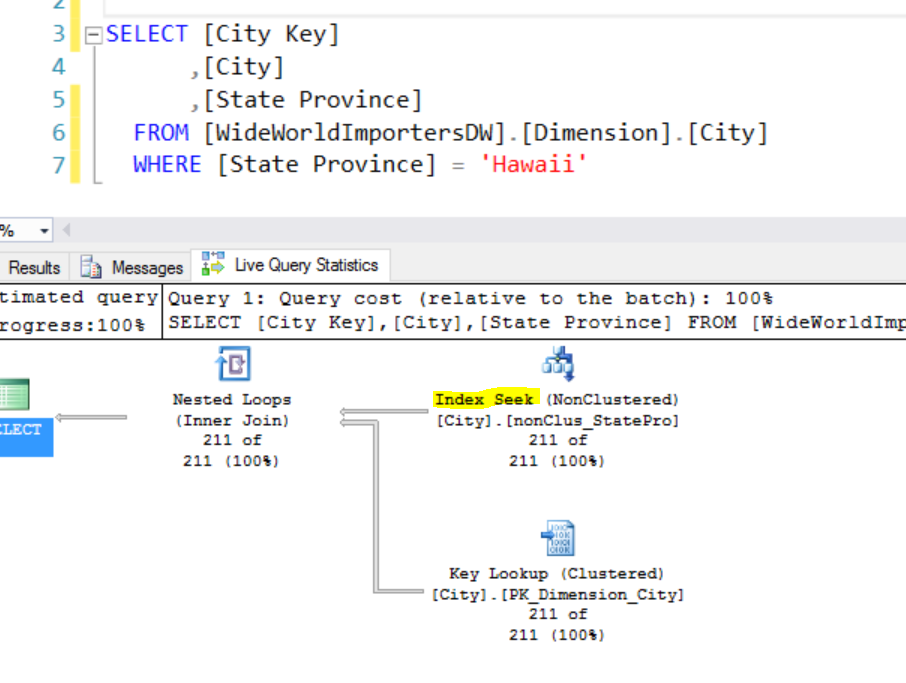 Here the optimizer decided it was more efficient to first seek the non-clustered index and then scan the table. It chose this plan because a small percentage of the table rows contain the value 'Hawaii'. The next natural question is, "What is the tipping point for a scan vs a seek with look-ups?" The correct answer is "it depends". But as a rule of thumb, when more than 1% of the rows are returned by the search criteria the optimizer shifts from seeks to scans.

Just to prove scans are sometimes more optimal then seeks and vice versa we will run both queries above with hints in a batch.

The Seek was apparently only 1/5 the cost of the batch: 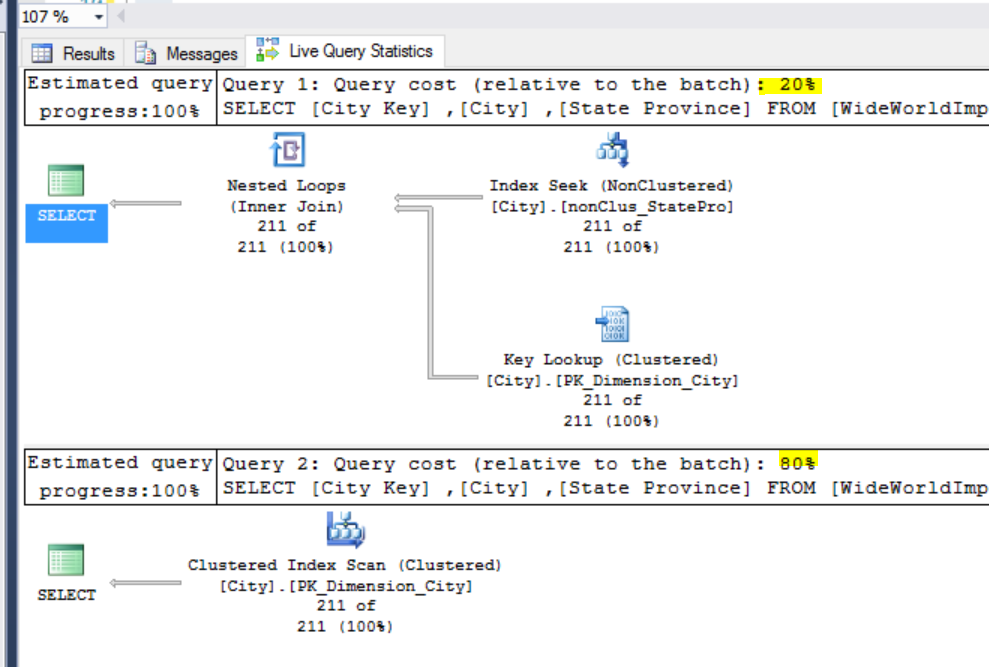 Changing our search value back to Texas and changing the hint to WITH (FORCESEEK) once again confirms the optimizer's natural choice. 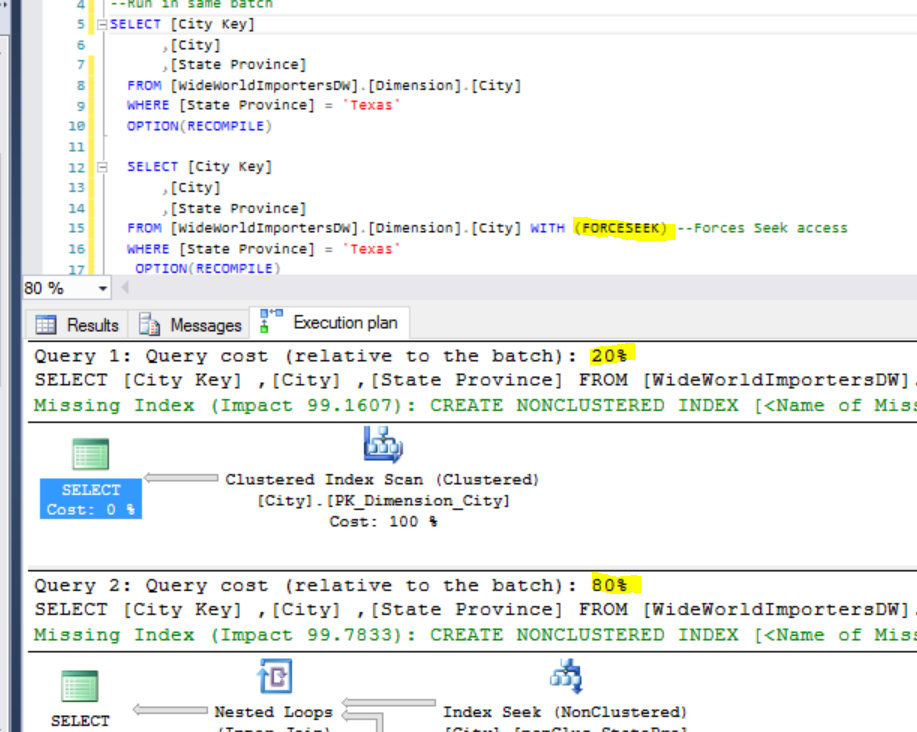 We will analyze how the storage engine handles the optimizer's request to perform a scan.

Understanding the internals of scans is important from a query tuning perspective. Systems will benefit immensely when administered and developed by data pros familiar with access methods.